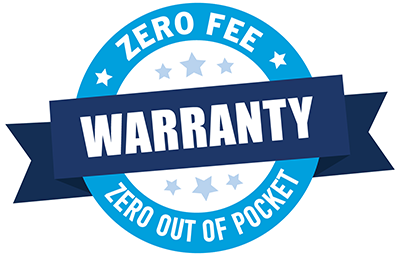 Were You Diagnosed with Parkinson’s After Paraquat Exposure?

If you or a loved one used or were exposed to Paraquat weedkiller and were later diagnosed with Parkinson’s disease (PD), then you could have the chance to sue for compensation and justice. Carter Mario Law Firm is currently hearing from Paraquat clients and investigating numerous claims that the herbicide caused Parkinson’s disease in users and others. Depending on what we uncover when investigating your claim, you may qualify to file or join a class action.

Our Paraquat lawyers from Carter Mario Law Firm are helping people across Connecticut and beyond with their lawsuits. If you have been diagnosed with Parkinson’s disease and think there could be a link to Paraquat use, then please call (203) 876-2711 right now. As part of our “8-Point Guarantee,” initial consultations are always free.

How Dangerous is Paraquat?

Paraquat dangers have been reported as early as 2009. The toxicity of the herbicide is extreme, and it can be dangerous to humans in even minimal exposure events. Chemicals in Paraquat have been known to cause neurological damage that most commonly manifests as Parkinson’s disease. According to various studies that have recently become noticed by the public, Paraquat exposure can increase a person’s risk of developing Parkinson’s disease by upwards of 600%.

Who is Exposed to Paraquat?

Paraquat is used the most by:

Paraquat exposure is not limited only to the manufacturing and agricultural sectors, though. People who live near locations where Paraquat is manufactured, used, or stored often have also been shown to have increased risks of developing Parkinson’s disease. It is believed that Paraquat can soak into the groundwater and endanger anyone who lives in the immediate area.

Paraquat’s manufacturers allegedly knew about its dangers for years and years, yet did nothing to warn people about it. This corporate negligence is the basis of Paraquat lawsuits and class actions that are forming now.

Important milestones in Paraquat’s history include:

Can You File a Paraquat Lawsuit?

People who are eligible to file a Paraquat lawsuit will meet two basic prerequisites:

Other specifics might come up as your case is investigated, such as when your Paraquat exposure occurred, or if you have a neurological disease similar to PD, but not PD itself. An attorney from our firm can help you understand your legal rights and options.

Depend On Our Attorneys for Your Paraquat Case

Carter Mario Law Firm wants to help you seek compensation and justice if you or a loved one have been diagnosed with Parkinson’s disease after being exposed to Paraquat. We have the strength and experience needed to take on major companies that have manufactured the dangerous herbicide. We are currently investigating cases from people across Connecticut from our offices in Bridgeport, Milford, Hartford, Waterbury, New Britain, and North Haven.